Everyone has a plan  –  Todos Tenemos un Plan

Director Ana Piterbarg and Viggo Mortensen collaborated in Spanish during script meetings and while shooting. Viggo was raised in Argentina and speaks Spanish fluently with a beautiful, perfect  Argentinean accent.  He uses his skills and native flow with the language to create and define the twin brothers he masterfully plays in the film. 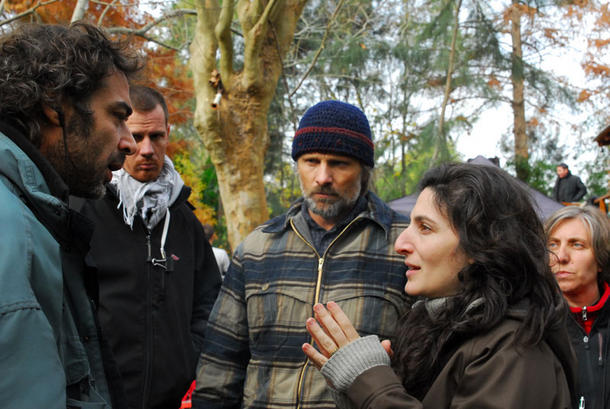 On set of Everyone has a Plan with actor Viggo Mortensen and director Ana Piterbarg. Photography by John Harris.

This intriguing film and how it was realized is an ideal artistic project to explore the multicultural nature of modern filmmaking.

In the New York movie presentation of “Everyone has a plan” at the Cervantes Institute, it was a privilege to explore the creative collaboration between the multifaceted American actor Viggo Mortensen and the talented Argentinean writer/ director Ana Piterbarg.

Viggo Mortensen, a daring artist with extraordinary depth in his work, has favored difficult and complex on-screen roles. He shared some insight into his creative process,  his interest in Hispanic culture, and what attracted him about this story as an actor and producer.